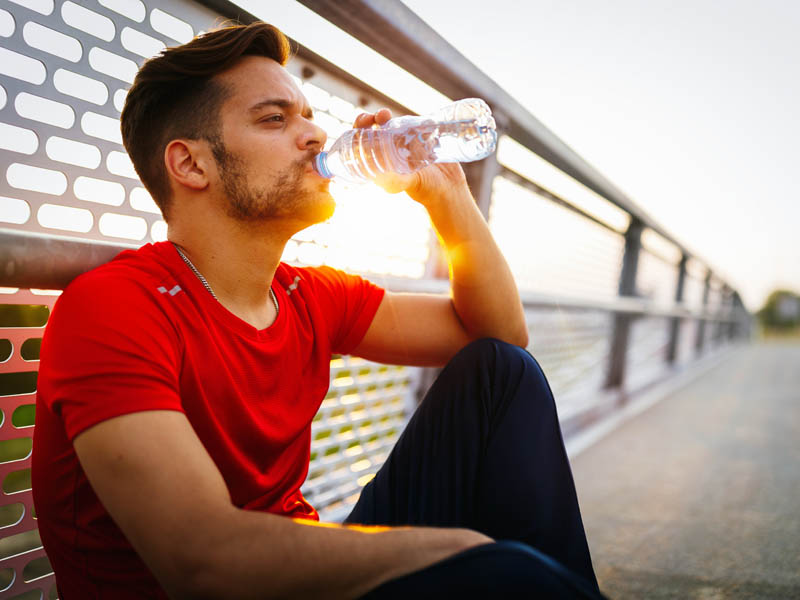 Effect of heat exposure and physical exercise until exhaustion in normothermic and hyperthermic conditions on serum, sweat and urinary concentrations of magnesium and phosphorus

The aim of this survey was to ascertain the difference in the levels of Magnesium (Mg) and Phosphorus (P) after an exercise test in normothermia and hyperthermia before and after heat acclimation in comparison to their respective pre-test values.

Twenty-nine male university students were divided into an Experimental Group (EG) (n = 15) and a Control Group (CG) (n = 14). All of them voluntarily participated in this investigation. Both groups performed an incremental test until exhaustion on a cycloergometer in normothermia (22 °C) and hyperthermia (42 °C). EG underwent 9 sessions of heat acclimation (100 °C) in a sauna (Harvia C105S Logix Combi Control; 3–15 W; Finland). Once the experimental period was completed, all initial measurements were carried out again under identical conditions. Urine and blood samples were obtained before and after each trial. Sweat samples were collected at the end of every test performed in hyperthermia. The samples were frozen at −80 °C until further analysis by ICP-MS.

Lower seric Mg levels were observed in both groups at the end of pre-acclimation tests. After acclimation, only EG experimented a decrease of Mg in serum after testing (p < .01). The urinary excretion was unaffected in the pre-acclimated period, but EG experimented an increase in Mg after trials in the post-acclimation evaluation (p < .01). Mg sweat loss decreased significantly after heat acclimation (p < .05). P did not undergo changes, except in its urinary excretion, which was elevated after the normothermia trial in the post-acclimation period (p < .05).

It seems that exercise in hyperthermia altered Mg status but not P homeostasis. Additionally, heat acclimation reduces Mg losses in sweat while increasing its loss in urine. Thus, Mg supplementation should be considered in unacclimated and acclimated subjects if physical exercise is going to be performed in hyperthermic conditions.